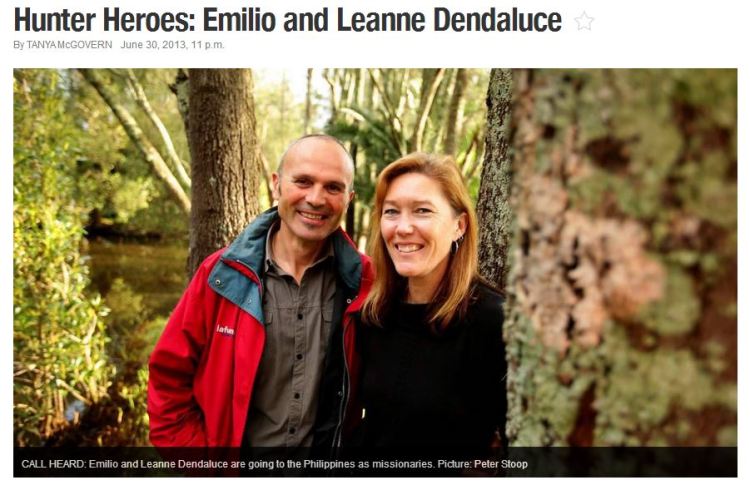 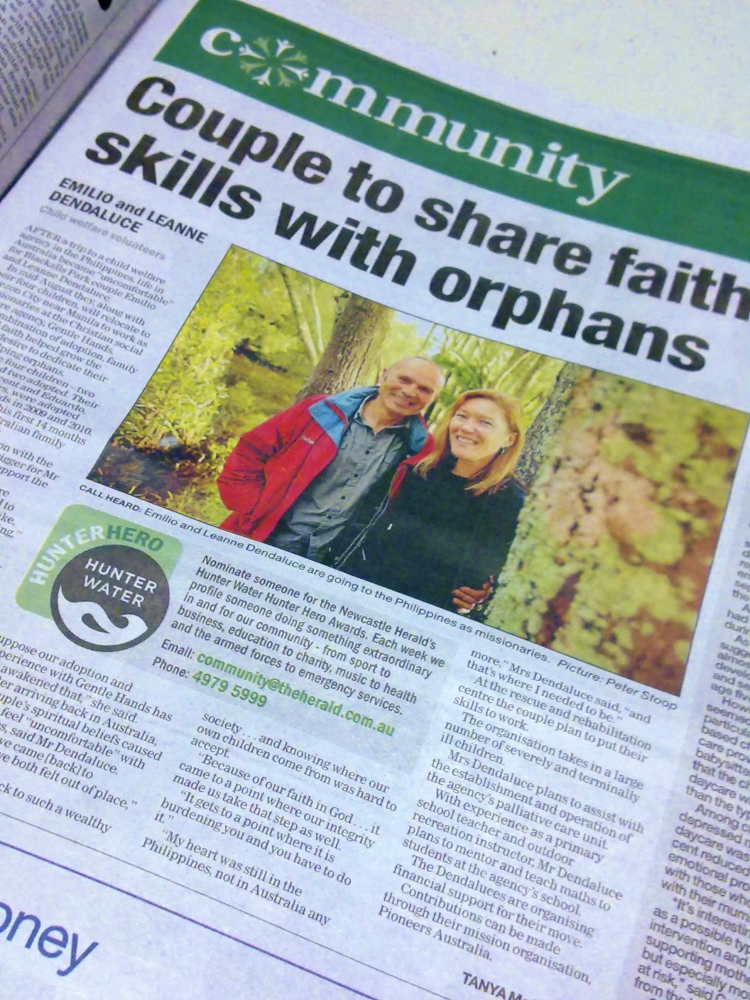 AFTER a trip to a child welfare agency in the Philippines, life in Australia became ‘‘uncomfortable’’ for Blackalls Park couple Emilio and Leanne Dendaluce.

In mid-August they, along with their four children, will relocate to Quezon City near Manila  to work as missionaries at the Christian social welfare agency, Gentle Hands.

A combination of adoption, family ties and faith helped grow the couple’s desire to dedicate their time to helping orphans.

They have four children – two biological and two adopted. Their sons John Vincent and Eduardo, who are brothers, were adopted from Gentle Hands in 2009 and 2010.

Eduardo spent his first 14months living with the Australian family who runs the charity.

This close connection with the family was the initial trigger for Mr and Mrs Dendaluce to support the charity’s work.

‘‘We actually got a bit more involved because we wanted to know what Edu’s family was like, and that really was the beginning,’’ Mr Dendaluce said.

When the couple visited the Philippines for the adoptions, they witnessed the situation faced by orphans.

For Mr Dendaluce, the situation came as a shock.

‘‘It keeps reminding me that my two boys would be part of what I saw,’’ he said.

Mrs Dendaluce  was no stranger to the realities of life as an orphan in a developing country.

In 1991 she worked as a missionary in Romania after the fall of the Ceausescu regime.

‘‘That’s when my heart really was first touched by orphans, and I suppose our adoption and experience with Gentle Hands has just awakened that,’’ she said.

After arriving back in Australia, the couple’s spiritual beliefs caused them to feel ‘‘uncomfortable’’ with their lives, said Mr Dendaluce.

‘‘Coming back to such a wealthy society … and knowing where our own children come from was hard to accept.

‘‘Because of our faith in God … it came to a point where our integrity made us take that step as well.

‘‘It gets to a point where it is burdening you and you have to do it.’’

‘‘My heart was  still in the Philippines, not in Australia any more,’’ Mrs Dendaluce said, ‘‘and that’s where I needed to be.’’

At the rescue and rehabilitation centre the couple plan to put their skills to work.

The organisation takes in a large number of severely and terminally ill children.

Mrs Dendaluce  plans to assist with the establishment and operation of the agency’s palliative care unit.

With experience as a primary school teacher and outdoor recreation instructor, Mr Dendaluce  plans to mentor and teach maths to students at the agency’s school.

The Dendaluces  are  organising financial support for their move.

Contributions can be made through their mission organisation, Pioneers Australia.